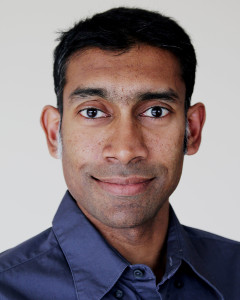 Shankar Sachidhanandam studied Pharmacy and Pharmacology at the University of Singapore. He obtained his PhD in Neurosciences and Neuropharmacology (2007) from the University of Bordeaux, in the laboratory of Christophe Mulle (CNRS, Bordeaux, France), where he investigated neuronal excitability at the mossy fiber CA3 synapse in the hippocampus. He then moved to the laboratory of Carl Petersen at the EPFL (Lausanne, Switzerland) as a postdoc (2008-2014), where he evaluated and manipulated sensory processing and perception during goal directed behavior in mice, using targeted electrophysiological techniques. During a short postdoctoral stint in the laboratory of Fritjof Helmchen at the University of Zurich (2014-2016), he investigated the calcium dynamics of sensory processing and perception during learned behaviors. In 2016 he moved to Bern as a junior group leader in the Department of Physiology. Using a combination of in-vivo imaging and targeted electrophysiological approaches, coupled with targeted circuit manipulations, he is investigating the cortical circuits underlying sensory perception during behavior.